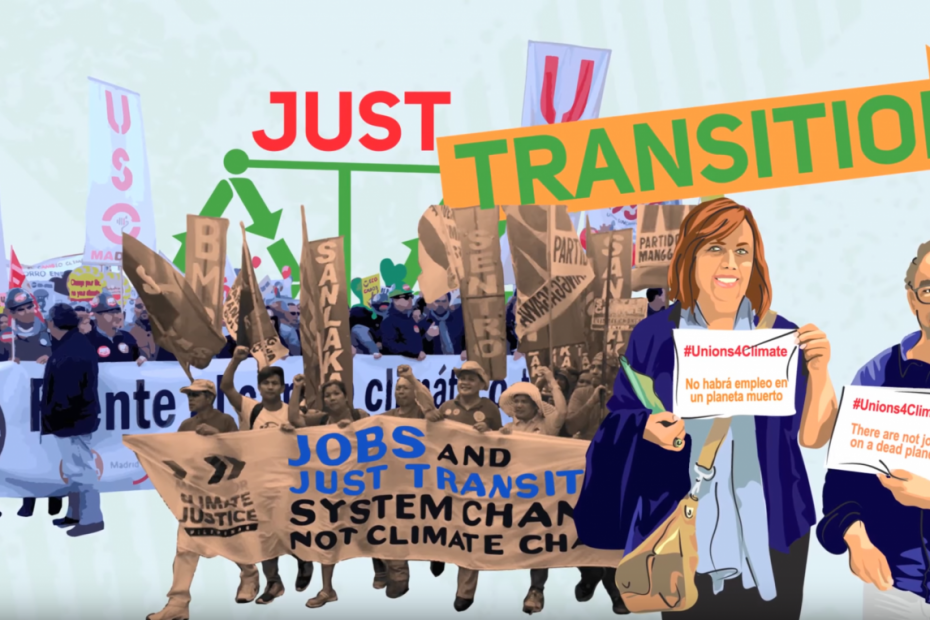 After the COP26 circus has left town, we invite you to engage in thinking through how the union and environmental movements can work together by learning from each other in a way that requires going beyond ‘Just Transition’. This is to lay out the basis for an economy and society that is democratic, egalitarian and environmentally safe.

Dr Eurig Scandrett will present his paper called ‘Beyond ‘Just Transition” – see details below. He is a Senior Lecturer in Sociology at Queen Margaret University and a longstanding union activist and environmental campaigner.

The idea of ‘Just Transition’ (JT) has gained traction in recent years. With its roots in the union movement, it has developed into a concept with diverse and contested meanings. This paper takes a longer-term view of JT in order to ask what do we mean by ‘Just’ and to what are we expecting to ‘Transition’ to? It argues the collective interests of workers, low-income communities and the environment are central, and require mechanisms to facilitate productive but challenging dialogue between these interests. But that dialogue can in seeking common ground between the two principal social movements, can also lead to a dilution of principles, leaving neither movement particularly satisfied. So, this paper shows how approaching JT in a specific way and from a particular perspective can provide the opportunity for a deeper dialogue in which the key stakeholders – the environment and working-class people through their unions – can fruitfully seek to incorporate the principles of each other, leading to a meaningful and lasting resolution of the tensions between them. These tensions are exemplified by unions trying to represent the immediate interests of their members and the long-term interests of the working class while the environmental movement is composed of disproportionately well-educated, white and middle-class professionals who have little connection with the communities most directly affected by environmental devastation.

This paper is, therefore, not intended to reflect the policy of any union or environmental group, but rather be a contribution to a debate within and between these movements. It is, in places, designed to challenge. Indeed, it makes the case that the union and environmental movements can best learn from one another by being willing to be challenged by each other.

So, JT can then be more than a mechanism to address climate change but rather a process which can be applied to transitions of many kinds that the labour movement and the Left more generally have long advocated: the transition to a more democratic economy, equal society and socially beneficial production. The paper, thus, argues the union movement, along with environmental and anti-poverty movements, would benefit from going ‘beyond’ just transition.